We need to find our way back to our original Swedish power, to ourselves, to our contact with the earth, the land, mysticism and the cosmos. Our folk music can lead us there. It conveys just that: gravity, power, connection, magic. Unlike modern popular music, our Swedish music tends to emphasise the one in the beat. That's where the depth is created. If you find it, you understand the power of our musical tradition.

Swedish folk music shows where Sweden's original power lies. It is in the weight, in the contact with the ground, with the earth, with the underground, with the earth floor, with the steady boards of the lodge. If you are sitting in a small wooden house, the whole house should shake when you press the clapper into the floor to mark the beat of a polska. Try it for yourself to the legendary Horace song as performed a little wistfully by the Swedish singer Elina or more powerfully by Orsa minstrels. And since it's a polska, feel free to support the first beat by lightly marking the third beat as well. It's like a warm-up for the depths of the whole existence that the stomping on the first note will explore.

Try to find the three-bar in Jan Johansson's version of Polish from Medelpad. The fast piano playing takes on another dimension if you find the slow rhythm. Count "one, two, three" calmly and basely and stamp your foot on the floor on the third and first notes, with a little delay on the first note, and the music takes on a different nerve.

We Swedes often find it difficult to clap our hands on the third in a four-stroke. In ordinary pop music, the 3/4 time signature is rarely used, but the straighter 4/4 time signature dominates. It's great for driving a car, for example: straight and linear, it moves steadily forward. It is natural to clap your hands on the beat where the drummer beats the snare drum. The bass drum marks the first note and then the snare drum (and hand clapping) responds to the third note. We Swedes have sometimes had trouble getting our contribution to the beat right. We like to clap on the one, which makes the music mute and stilted. This is what is sometimes called the Swedish backbeat. We are simply too stiff to dare to feel the delayed "swing" that occurs in a 4/4 time signature when you focus on the third and not the first.

But there's nothing wrong with us. We are not Americans but Swedes. And as such we live in our ingrained habit that music should find its space in the depth that arises when we let the first note dominate. This works particularly well in three-bar music like Polish, for example. But it also works in the straighter 4/4 time signature (or however you choose to count it). For example, listen to the Orsa musicians' version of Bridal march from Delsbo. If you stamp the beat with your foot, it is inevitably the first (and the opening of the third and fourth) that dominates. Sure, you can imagine clapping your hands on the third, but it's the first that adds depth to the music.

So what does the Brudmarsch from Delsbo really convey? Listen to the music. Take in, dear reader, the energy of the music. It is power. It is strength. It is pride. It is tradition and culture. It's everything we need today.

There was also a lot of power in the "old dance music" that emerged with the arrival of the accordion in Sweden towards the end of the 19th century. My father, who loved "old dance", once said that modern popular music (what was played for dancing) was good in many ways, but that it lacked "bloody good sense". It was dull and monotonous. Accordion king Calle Jularbo expresses the same hesitation about modern music in a film from the early 1950s (I think) where he says (27:47 into the film): "I've never played any modern music, I've always stuck to cultural music. There's a whole different life in the dances when I play a genuine old song. When they dance a modern dance, a foxtrot or something like that, I think they look more like the corpses on the dance floor than when they dance an old dance. Then people laugh and squeal and have a good time."

Young Swedes are unlikely to take up old-time dancing again. But we can all look to our own cultural heritage for inspiration. And we have a musical tradition that is fantastic in many ways. Old dance is not quite the same as folk music, but there are many similarities. It's about the power, the strength, the joie de vivre. As you know, there is also a strong sadness in folk music. Jan Johansson expresses it masterfully in a modernised form on "Jazz in Swedish". And perhaps it is there, in the sadness but also in the primal power, that we Swedes feel most at home. It is where we are most ourselves. In contact with the earth, with the power, with the sadness, with the mystery.

Are you driving today? Put on some Swedish folk music and roll down the window so everyone can hear. Be strong! Be proud! Be yourself!

First published on The Good Society 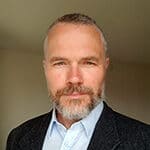 Lecturer in Romance Languages. Dropped out of university. Show everything from Richard Sörman