A libertarian view of Sweden's history allows us to see two kinds of fabrics that seem intertwined yet separate in terms of direction and will.

On the one hand we have the story of the birth of modern Sweden from Gustav Vasa onwards, the Lutheran ideology of unity after the Protestant Reformation and the quest for a community of nations based on the nation state, the monarchy and later parliamentary democracy. On the other hand, we have the older history of the struggle against bailiffs, the story of Engelbrekt Engelbrektsson, peasant revolts led by Nils Dacke, the quest for regional self-determination, local forms of direct democracy through sockenting and the free peasants' Norden.

The first story about Sweden is a story about the unitary state and the consolidation of Swedish central power. It is this that is sometimes associated with our characteristic consensus culture, political conformism and the 20th century construction of a modern state represented by colourful political leaders such as Per Albin Hansson, Tage Erlander and Olof Palme. This history was also subject to a strong dose of national romanticism in the 19th century and the first half of the 20th century and various attempts to justify the centralisation of political power from parishes and counties to the capital in Stockholm. The unitary state and unitary ideology also run parallel to the 19th century land reform, the 20th century municipal reform and the story of modern Sweden. This was the ideology that Rudolf Kjellén sought to capture with the Folkhem idea.

The second story of Sweden has developed largely thanks to Vilhelm Moberg's depictions of the social conditions of the common people, of how Swedish peasants went against central power and how peasants at the local level made parish peace instead of taking up arms against their neighbours at the crown's command. It is the story of how the older custom in Sweden and the Nordic countries is neither a unifying ideology nor a strong nation-state, but on the contrary rests on the struggle for freedom and the rights of the poor commoners to land and private property. It is also a story of harsh social conditions, poverty and starvation. We see traces of this history in the Engelbrekt Chronicle:

With treasures beyond their ability
And day labor services by horse and carriage
He never tired of trouncing and hanging them:
If they failed, he let them hang in the smokehouse
And pawned the farm on everything he found.
Where tractors were not then could happen,
That women were strained for the hollow,
But the pregnant one was so tired,
That the child came into the world dead

From the Engelbrekt Chronicle we can read the libertarian vein that runs through the oldest Swedish history and is formulated in a resistance to burdensome taxes and exploitation of the commons. This libertarian tendency can also be found in the old Swedish provincial laws and is probably older than that as it goes back to Old Norse custom.

After Gustav Vasa's victory over Nils Dacke, we see how the Swedish state's ideology of unity prevails. The state and political centralism win. It also seems that what has survived in our time is faith in the state and the unifying function of political authority in society. Regardless of the content, it is neither monarchy nor Lutheranism that has survived in their original forms (our monarchy has become a powerless symbol and Luther has been replaced by a kind of general neo-spirituality in the SvK), but political conformism. It is probably this legacy that explains how, in the second half of the 20th century, the Swede has become increasingly susceptible to the radical cultural political ideas and norms embraced by the political supremacy, especially after the 1970s.

Because of the unity of the Social Democratic people's home and 40 years of unbroken Social Democratic government in the 20th century, we can also see how Sweden during the same period develops a kind of self-image based on the story that we in Sweden have a progressive health care, school and care. Our social security system is the most modern. Progressive politicians in other countries are said to see Sweden as a role model. Although the word nationalism is associated with a right-wing idea, it is difficult not to see the belief in the most progressive country as an expression of nationalism and unity around a certain image of Sweden that is more than happy to devalue old traditions if this promotes the image of Sweden as the promised homeland of progress and international solidarity.

The ideology of unity thus became something special during the 20th century of social democracy, and the effects of this image of Sweden explain the acceptance of the great changes that have taken place in Swedish society, even if, of course, fewer people appreciate the effects of the same changes.

Moreover, it is correct to describe the model of state and society that the Social Democrats built in Sweden as non-liberal because it assumes that most things should be prohibited from the outset, but permitted after an application has been granted. You must have permission to get a driving licence, change your name, build a house, farm, start a school, provide care, start a business, sell alcohol and so on.

One large administrative apparatus was thus built up to administer the welfare state and another to administer what we might call the "concession state". This costs money. Therefore, there was no lack of imagination about the ways in which the state could levy taxes.

The welfare state also has an elevated position in Swedish political debate. It is known in other countries and is the basis for many individuals' incentives to settle in Sweden. Combined with humanist ideals of openness, this has also become the case.

If the nationalism of the welfare state was the basis of the ideology of unity, after the 1970s it also acquired a radical cultural superstructure. This cultural radicalism was not unique to Sweden, but appeared in most Western countries in connection with the student revolts of 1968.

Cultural radicalism during this period was about both class struggle and sexual liberation, about gender equality and equity, about the struggle for social justice and for new ideas and fields of research in academic institutions. It ranged from Maoism and Marxism-Leninism to critical theory and the beginnings of postmodern approaches. The Swedish ideology of unity came to embrace some of these ideas while rejecting others. The narrative of modern Sweden was combined with radical cultural and later postmodern leftist ideas.

Today, I dare say that the ideology of unity has resulted in a post-liberal society where the radical cultural visions have increasingly turned into Orwellian states of exception where postmodern leftist ideas and norms are used authoritatively to suppress individual differences and counteract the classical liberal notions of freedom. Democracy is also no longer used to capture and listen to the values and opinions of citizens, but on the contrary to discipline and change them according to predetermined norms, opinions and patterns of thought. Discourse and the exercise of power merge, so to speak. For what is social engineering in conjunction with radical cultural and postmodern ideas if not a union of discourse and the exercise of power in a culture that lacks distinctions other than power itself to distinguish between theories and opinions? In today's relativistic culture, however, it is no longer a question of true and false, but of the demand for purity of feelings, associations and attitudes. What in 1968 were the ideas of a left-wing intellectual minority are today the expected mentality and attitude in the public media, academia and politics. Postmodernism has become institutionalised and its power structural.

Despite this, the second story of Sweden is by no means over. Resistance to government handouts, high taxes on wage labour and even the desire for self-determination and independence from both the state and supranationalism has survived. Moreover, more and more people seem to be questioning the ideology of the state as a unit, and there is greater acceptance and tolerance of alternative approaches to freedom and the family, for example. It is against this background that the need for a serious conservative debate is called for.

Today it is not just about freedom and taxes, but about something more fundamental like the right to be what you are in the world, the right to your heritage, your landscape, your faith and your long memories. 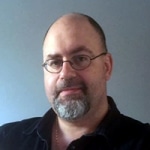 Nicodemus Ungh is an advocate of socially conscious libertarianism, which combines the concept of freedom with commonsense conservatism and classical heritage. In addition to philosophy, he has studied Swedish and European history. Show everything from Nikodemus Ungh