The poetic Edda, containing the Nordic songs of the gods and heroes. Also called the Elder Edda and the Sämund Edda.

This is the Poetic Edda, also called the Elder Edda, the Edda Saemundar or Sämunds Edda, and is a collection of Norse quatrains and verses with divine and mythological motifs.

The Edda is perhaps our most important source of Norse mythology. It is a collection of ancient Norse tales of gods and heroes preserved for posterity by a parchment manuscript found in Iceland in the mid-17th century.

The poems are thought to have originated mainly in western Norway and Iceland in the years 800-1250, but all the poems have long been retold orally and the names of the original authors have long been lost in the mists of history.

The translator Erik Brate was an early Swedish linguist. He was born in 1857 and died in 1924, hence the old verb conjugation and archaic style.

This work should not be confused with Snorre Sturlasson's edda, which is mainly written in prose with small elements of verse.

The Moberg Poetic Edda eBooks project builds on Runeberg digitisation project of Eddan performed by Lars Aronson. The e-book will be improved with more high-resolution illustrations once we have scanned the book. 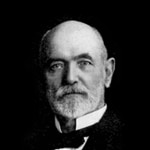 Erik Brate was a Swedish linguist and wanker. Brate graduated from Uppsala in 1876, studied ancient Germanic languages and Sanskrit at the University of Strasbourg 1882-1883, was awarded a doctorate of philosophy in Uppsala... Show everything from Erik Brate