At Brokind in Vårdsnäs parish there used to live a rich and noble woman, named Barbro, who was so hard that at the slightest offence by one of her inmates she had him bound and thrown into the "thieves' chest".

To torment the unfortunate still further, she had a table set up in the prison with food and drink, which of course the prisoner could not eat. When the people then complained to her that the prisoners were hungry and thirsty, she replied with laughter:

They have both food and drink; if they will not eat, they have only themselves to blame.

Thus the prison at Brokind became widely known, and the place where the thief's chest stood is called "Kisthagen" in memory of it to this day.

When Mrs Barbro finally died, she was buried in her ancestors' grave in Linköping Cathedral, but there she was so haunted that her body had to be taken up and buried in the cemetery in Vårdsnäs.

But even here she had no peace, whereupon, on the advice of a wise man, her coffin was opened a second time and driven with a pair of twin oxen into a bog, where a stake was driven through both corpse and coffin. Then, as soon as it was dark, an invisible creature was heard flying around the bog, calling out, "Barbro's stake! - Barbro pole!"

This was as far as the ghost went; but Brokind, like all old mansions, was haunted until later times, and lights were often seen burning at night in the large, uninhabited building. 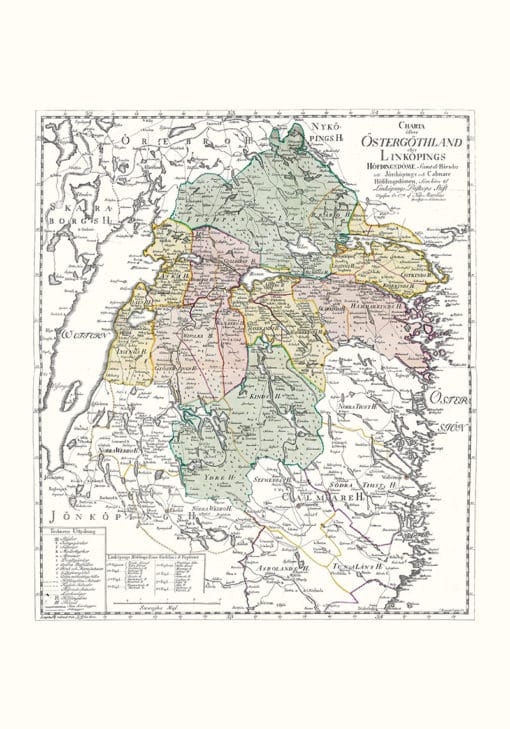 Reprint of historical map of Östergötland published in 1779. 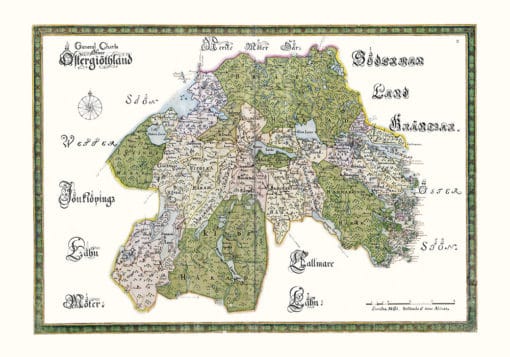 Reprint of a historical map of the province of Östergötland from the late 17th century.