Legend has it that Lund Cathedral, built in the 12th century, was erected by a giant who made a bet with a priest.

In long ago times lived in Helgonabacken near Lund a giant, who with grief and concern learned that a holy man had come from Saxony to build on Lundagård a church for white Christ.

When Laurentius - that was the saint's name - had laid out the plan of the temple, there stood by him one day no one more or less than the giant of the Elgona Hill, and said:

"Certainly
Is white Christian
A god worthy of his temple.
I'll build it if you just tell me
What name I got,
The church is bricked and finished.

But can't you say my name, well,
You wise man!
Pay attention to what I say:
Then you must give me to my little
The torches two,
Like walking on the plains of heaven."1

Now it is so established in the giant world that the giant's name is the most important thing in the secrets of giant politics, and if it is discovered, the giant must die and one is cut off from his relations with him. The torches of heaven, sun and moon, Laurentius could not reasonably praise in exchange, but as he wanted to have the church built, he instead offered the giant his eyes, all in the hope that he would succeed in finding out the giant's name before the church was finished. The giant agreed to the proposal, and with astonishing speed the church rose to its feet. Soon nothing remained of the village wall but a stone in one of the towers. The day before this was to be put in, St. Laurence stood on St. Anthony's Hill, deeply saddened at the thought that this was the last time he would see the light of heaven, and that with the next day all around him would be darkness. During these gloomy reflections he heard a child crying inside the hill and the giantess trying to silence it with her song, in which he apparently discerned the words:

Quiet, quiet, my little son!
Tomorrow your father will come, Finn,
With moon and sun or Laurentius' eyes.

Out of joy, St. Laurence rushed to the church... "Come down, Finn!" he cried. "The stone that remains, we will put there ourselves... Come down, Finn!... Now we don't need your help anymore..."

Fuming with rage, the giant rushed from the tower down into the church of power, and grasped one of the pillars with his mighty arms to overthrow the village wall. At once the giantess came with the child to help her husband in the work of destruction. But just as the temple tottered to its fall, both were turned to stone and stand there to this day, groping for their pillar.

[1] Tegnér: The prologue to Gerda. 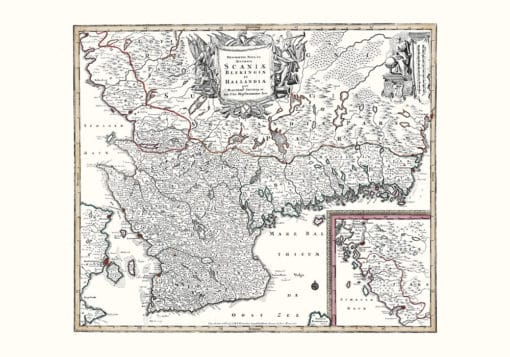 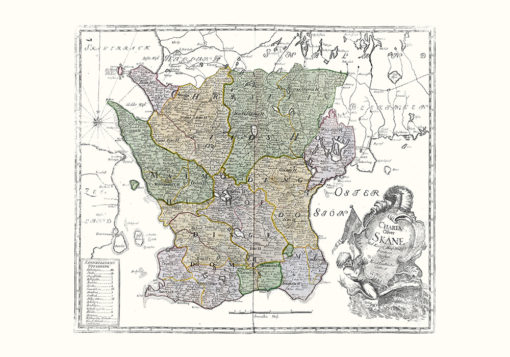