The Mosebacke district (referred to as Mossi's Cheek 1734) is located on the Katarina mountain, in the eastern part of what is usually called The heights of the South, one block from Götgatan in Stockholm.

The district is named after the Mosis mill, which was located on the mountain in the 17th century and owned by Johan Hansson Hök. The mill was probably named after Hök's son-in-law, Moses Israelsson.

Mosebacke has been an "entertainment centre" in Stockholm since the 18th century. First there was the inn Stockholm Weapons, which was perhaps even visited by Carl Michael Bellman. Top right in the old photo is Southern Theatre, which was rebuilt after Mosebacke fire 1857 and was inaugurated in 1859.

Be the first to review “Mosebacke, 1900” Cancel reply 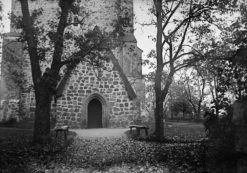 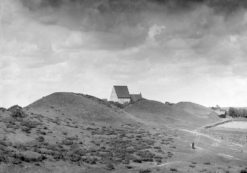 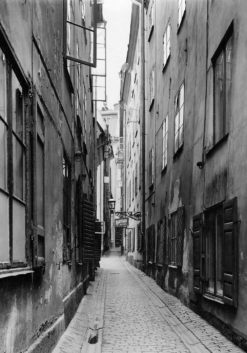 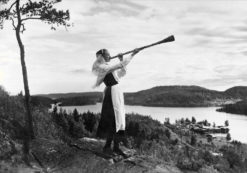