Freja from Revinge pendant in bronze

Bronze pendant depicting the goddess Freya from our Norse mythology, after a 900s find from Revinge, Denmark. Size approx. 1.5×2.9 cm. Necklace not included.

Bronze pendant depicting the goddess Freya from our Norse mythology, after a 900-year-old find from Revinge, Denmark, found as recently as 2014. The figure's body is two-dimensional, which is common among archaeological finds, but the head is even more unusual as it is three-dimensional. A small opening in the head indicated that this was a decorative pendant. The original is on display at the Ladby Viking Museum in Denmark. 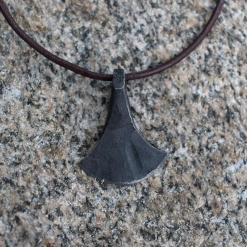 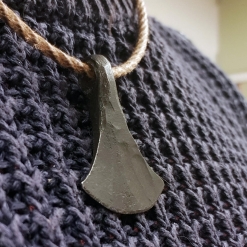 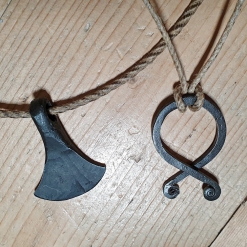