Fågelsjö Gammelgård, or "Bortom Åa" as it is also called, is a Hälsingland farm in Fågelsjö, Orsa Finnmark, in the borderland between Dalarna, Hälsingland and Härjedalen.

Fågelsjö gammelgård, also called the farm "Bortom Åa", is a health farm and well-preserved cultural environment in Fågelsjö village, Orsa Finnmark in northern Dalarna. It is located in the part of Los parish that formerly constituted Hamra parish, but belonged to Mora parish until about 1840. The farm also includes a barn, loft, bakery and a gunsmith's shop, which is one of the farm's main attractions.

Fågelsjö village arose during the 17th century colonisation of the forest Finns in the Österdalarna. Around 1670 the first the forest finders in Fågelsjö, after having lived in Sweden for two generations in the village of Tandsjöborg about 15 km south of Fågelsjö. In the 1690s, what would become Fågelsjö gammelgård was built.

During the 18th and 19th centuries, the homestead grew into one of the richest farms in the district, and the farmer Jonas Olsson (1832-95) in particular gained a prominent position in the village and the parish. The farm was owned by the same family for seven generations, and each generation left its mark on the farm. The present old manor house, a one-storey timber-framed cottage, was built in 1818 and then altered and added to throughout the 19th century. In 1822, a second storey was added and the house's interior was given its own character during the time of Jonas Olsson (1832-1895).

The farm was inherited in 1895 by Jonas's only daughter Kristina (1869-1943). At the age of 18 she married Mårten Persson, also born in Fågelsjö. The couple never had any children, and on her death in 1943 Kristina bequeathed the entire farm to the municipality of Los. Today the farm is owned by Ljusdal municipality and managed by Fågelsjö local history society.

In the early 1900s, the village of Fågelsjö was full of life with a sawmill, furniture factory, school, shop and post office. At the end of the 1920s, the railway reached the village, boosting growth. Today Fågelsjö is a typical depopulated village with just over 20 inhabitants, but the old farm is still a popular visitor destination and now functions as a homestead with guided tours during the summer months, a café and a craft shop.

Read more about "Beyond Åa" at home farm website.

The European road 45 - Inlandsvägen - passes about 3 km from the village of Fågelsjö. Inlandsbanan has a stop in Fågelsjö, about 3 km from Gammelgården. Fågelsjö is connected to the Nordic area's snowmobile trail system with over 100 miles of groomed trails. 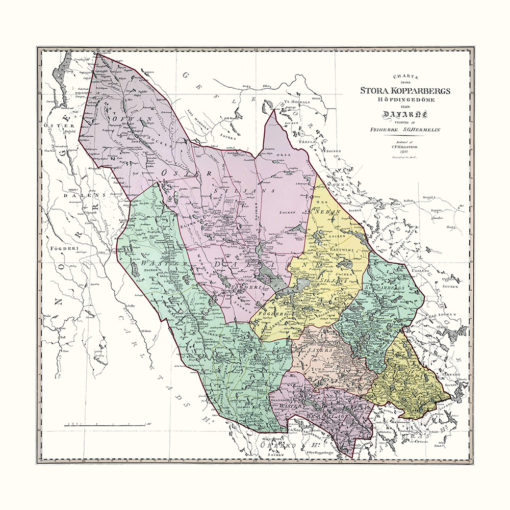 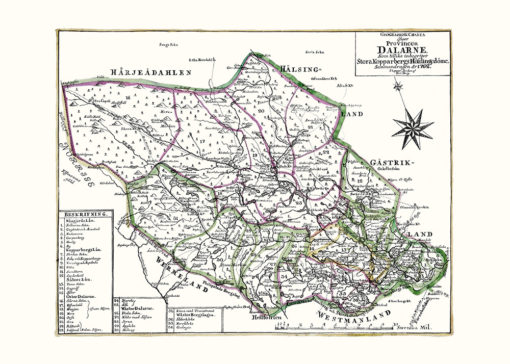 Reprint of the historical map of Dalarna and the chiefdom of Stora Kopparberg, published in 1762 by Eric Borg. 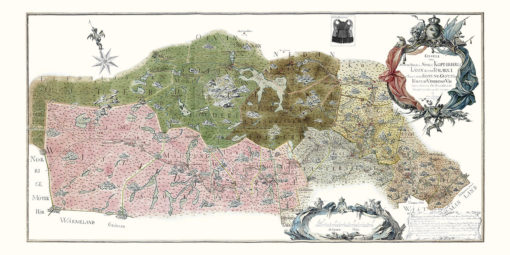