A work dealing with folklore in Värend in southern Småland. Hyltén-Cavallius discusses, among other things, remnants of pagan cult and pagan beliefs.

Wärend and Wirdarne. An attempt at Swedish Ethnology was published in two volumes in 1863 and 1868 by the folklorist Gunnar Olof Hyltén-Cavallius. It is considered to be his most important work and deals with folklore in Värend in southern Småland. In this first volume, Hyltén-Cavallius deals with, among other things, remnants of pagan cults and beliefs, which is why the work is often cited as evidence that the asatron, in a distorted form, has survived into modern times. The work was republished in 1921-1922 and 1972.

The .mobi and .epub files contain both volumes and were digitised by The Internet Archive. Eventually, Project Allmogen will improve the formatting. 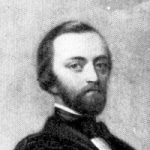