A few years ago I read the Emigrant series by Vilhelm Moberg and fell in love with his language and stories. Through the project Allmogen I became aware of his libertarian ideas and read through several of the works in their recommended reading.

After this, I gained confidence in Moberg and went to the antiquarian bookshop in Linköping and bought a book at random. It became Soldier with broken rifle.

The book is about Valter Sträng, a soldier's son born in 1897 in Småland. We follow his life until the early 1920s. It begins with his first impressions as a child, his experiences at school and the events that shaped him.

Valter receives a short schooling through the church, but at the age of ten he starts working at the local glassworks. There he encounters pennalism and superism. But some of his colleagues treat him with respect - the socialists. Through them he gains access to books, which he devours and becomes convinced "unghink" as it is called.

He becomes a soldier with a broken rifle, because anti-militarism was a demand of the socialists at that time. The workers would rise up and unite in a world congress and decide to remove all weapons.

Valter is talented and thirsty for more knowledge. So he joins the Order of the Good Shepherd, where he has the opportunity to read and learn. But his thirst is too great and he works his way up to a year at a folk high school. He also continues his education at a secondary school and then chooses a career as a journalist.

For me, the Swedish 20th century is a hole, even if I have gained general knowledge through A different story. Through this book I have come to know the labour movement and its development and through this Sweden as it looked then.

The book is not an autobiography, although there are many points of contact between Sträng and Moberg. One thing I wondered about is how Moberg, as a liberal, could write with such knowledge and passion about socialism. To me, however, it seems that he wanted to show the madness of socialism without pointing fingers.

Valter Sträng is told by a teacher at the primary school that he is a believer and that socialism is a religion. It is quite clear that Moberg himself saw it that way. Valter Sträng is a good man who stands for non-violence, but socialism teaches him to hate the bourgeois and to turn a blind eye to violence against them.

It's also fascinating to see the radicalism of the labour movement then, and how much of it is still alive today.

I recognise myself a lot in Valter Sträng. Like him, I am an idealist and part of a movement that is new in society. Just as the labour movement then sought its own newspapers, libertarians today have set up their own "newspapers".

Like him, I am convinced and possibly as naive as Valter Sträng is. Although he often oversteps the mark, his idealism is inspiring. Something that really inspires is his quest to do the right thing. No handouts.

I have never wanted to seek help other than my own. If I'm going to achieve something that I can value in my life, I want to feel that is entirely my own doing. The most personal and expensive thing one owns must be created entirely by one's own hands.

And this much I know now at my age, now that I am getting old and am a mature man, this much I know: in all that matters most to us in this world, no man can be of help to another.

I highly recommend this book. We can achieve nothing if we do not know our history. With Moberg as our guide, we can learn from history. 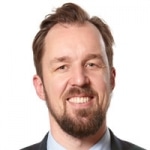 Parliamentary candidate for the Classical Liberal Party. Graduate engineer in the consulting industry. Musician. Show everything from Erik Svansbo